I recently started development of my final project for my MA at SCAD. I am working on an environment for UE4 using some of my previous projects as inspiration. It has been an interesting process to figure out what it was going to be. I really love working with architectural elements and have done multiple projects with old neoclassical trains stations and wanted to do something within that styling but spice it up by placing it in space. Keeping it in that realm I am going with a Sci-Fi inspired Art Deco Bar & Lounge.

I have been referencing the visual design of both Prey & Bioshock as resources for the visual style and art deco elements. My key reference is also from Bioshock using this wonderful book cover from Bioshock: Raptures by Craig Mullins. 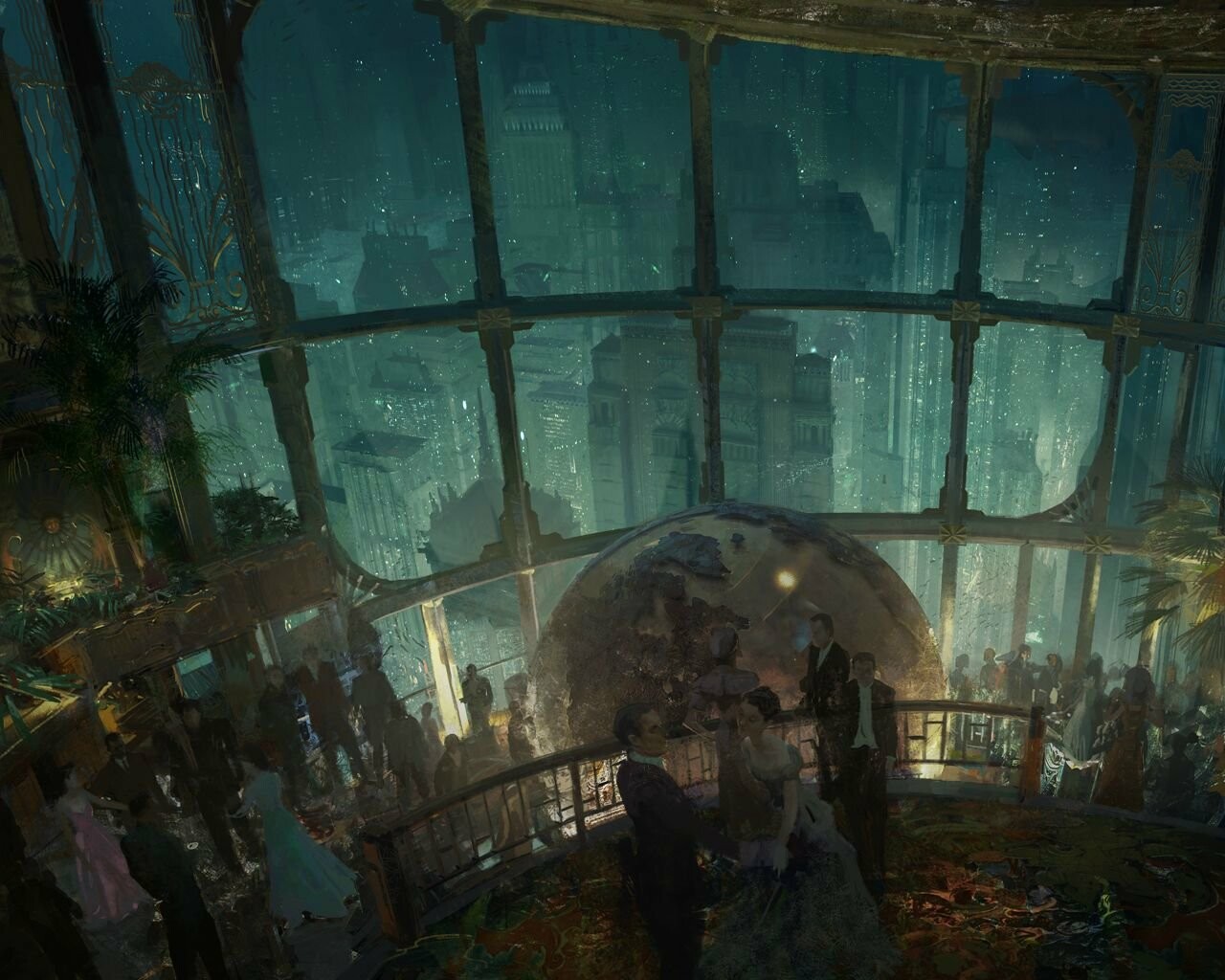 I really love the sense of scale that is presented by this image. A Gala looking down onto the large city  below with massive windows holding back the ocean. It directly represents the power and wealth of these people. The amount of wealth required to build such a place, and its setting far above the city further infers the status of the people, making the rest of the city small in comparison. I want to try to emulate this feeling but in space instead of under water. 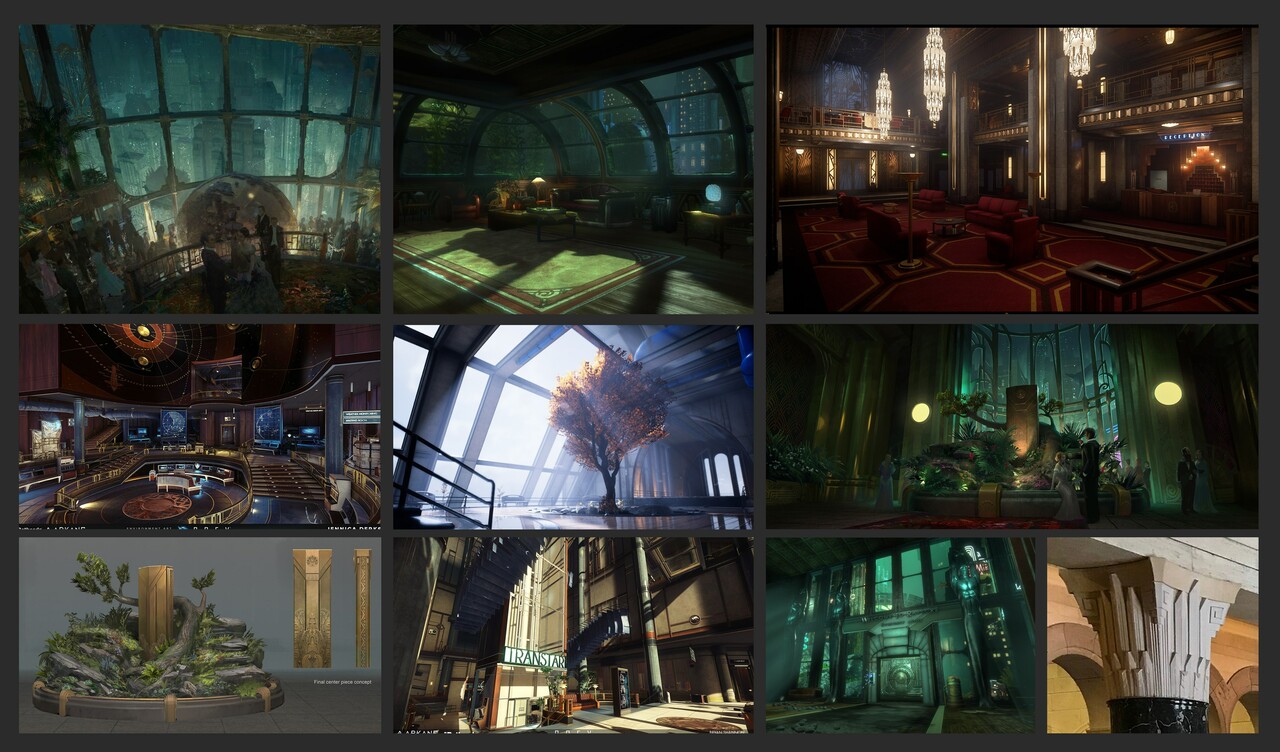 My take on the reference is to place them on a massive spaceship among the stars. This is the lounge at the center of the ship only for the ultra rich and owners of this vessel. It is a place to relax and get away and to be with nature in space. I really wanted to incorporate vegetation and specifically a tree to really show the wealth of the place. Growing trees in space seems like an incredible endeavor and only for those who have the money. I plan to incorporate additional vegetation and make it a small garden lounge. Below you can see my initial block-out so far. 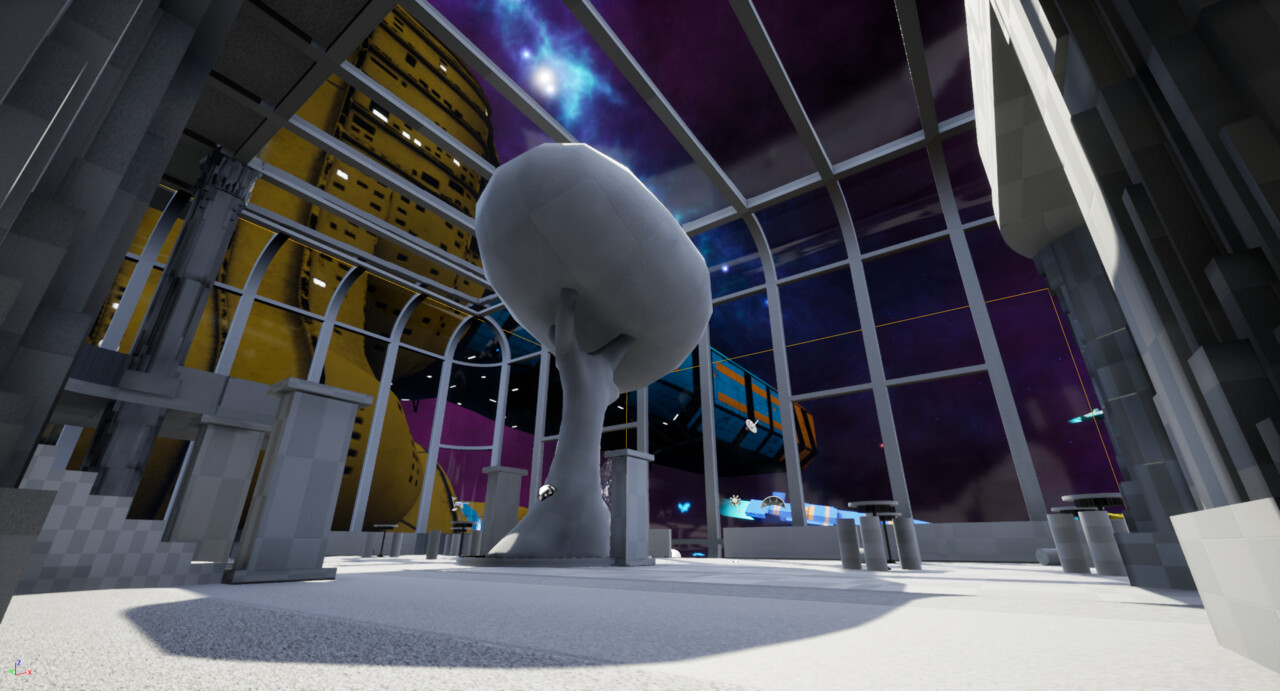 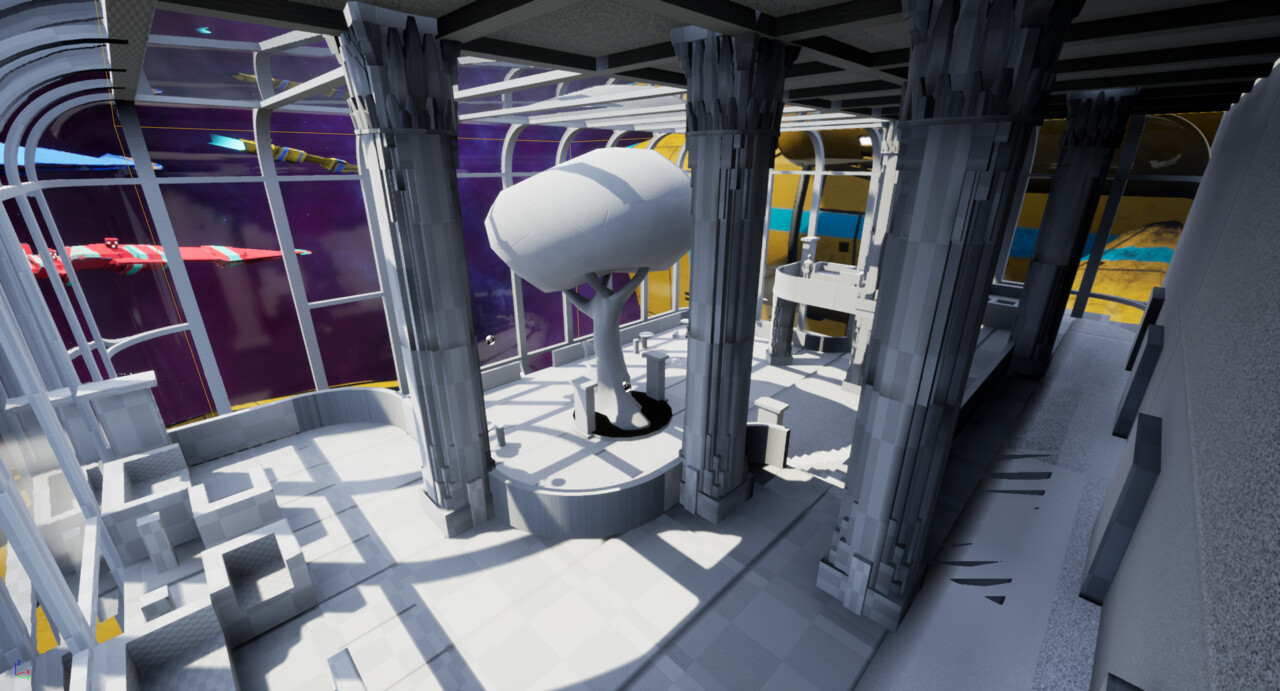 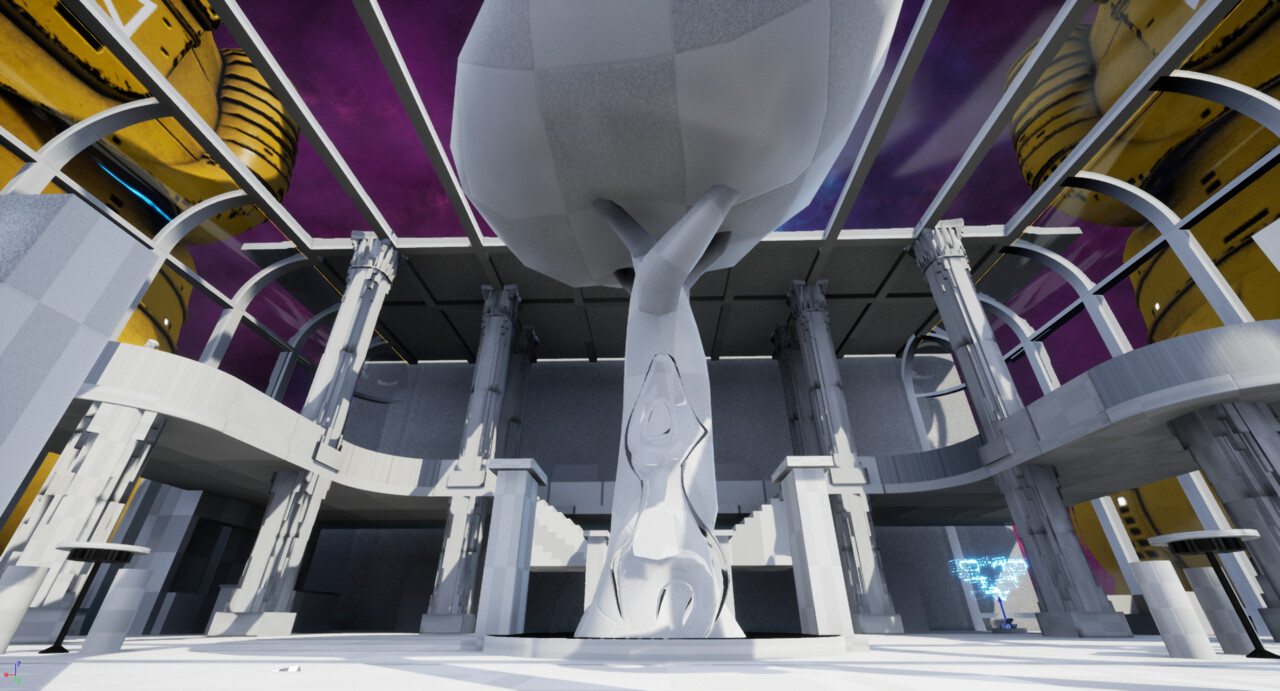 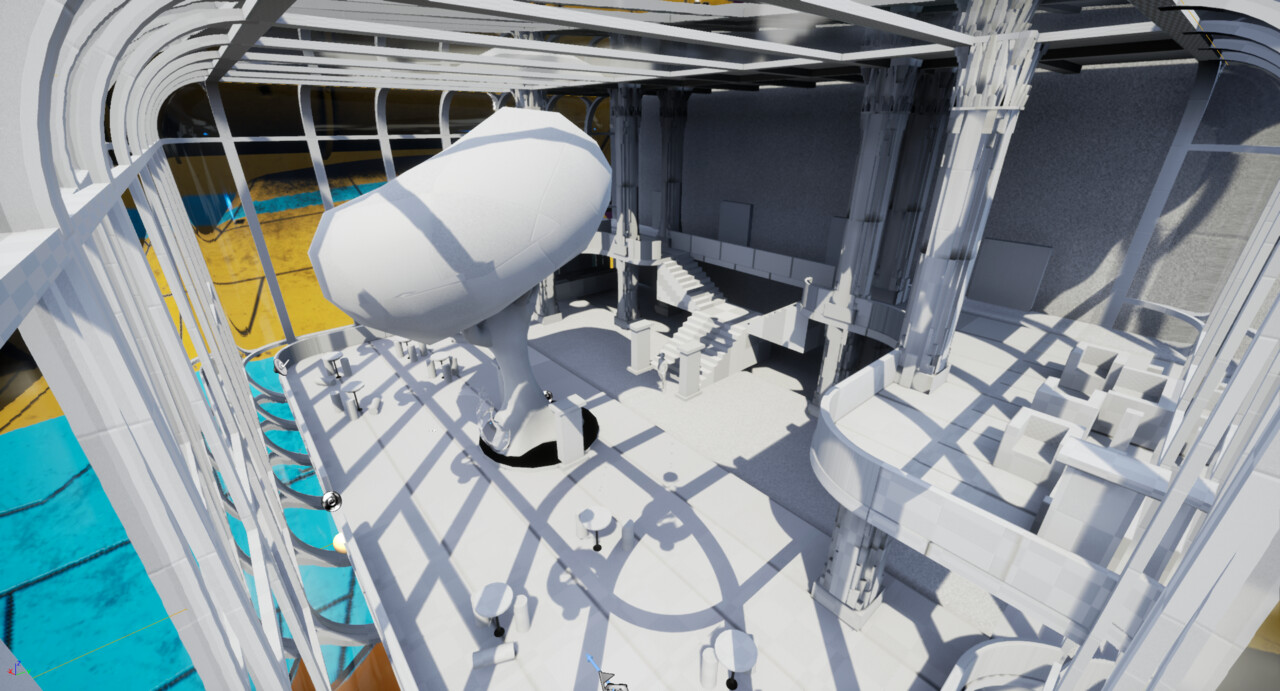 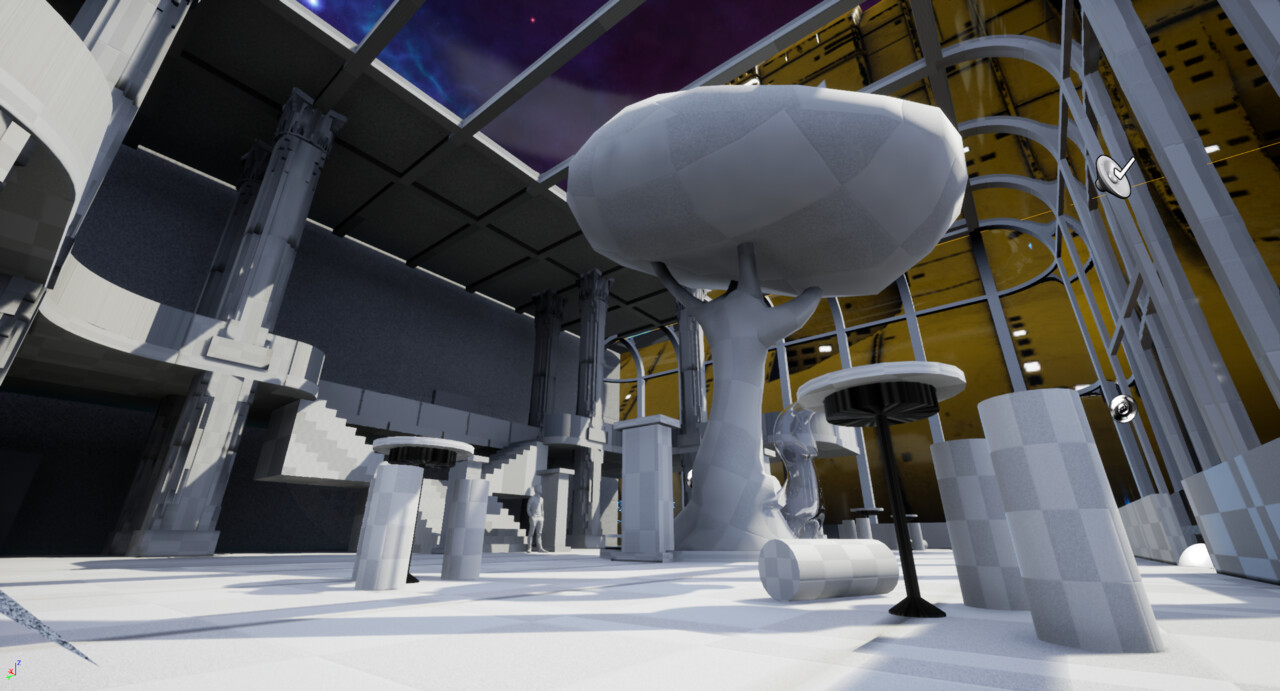 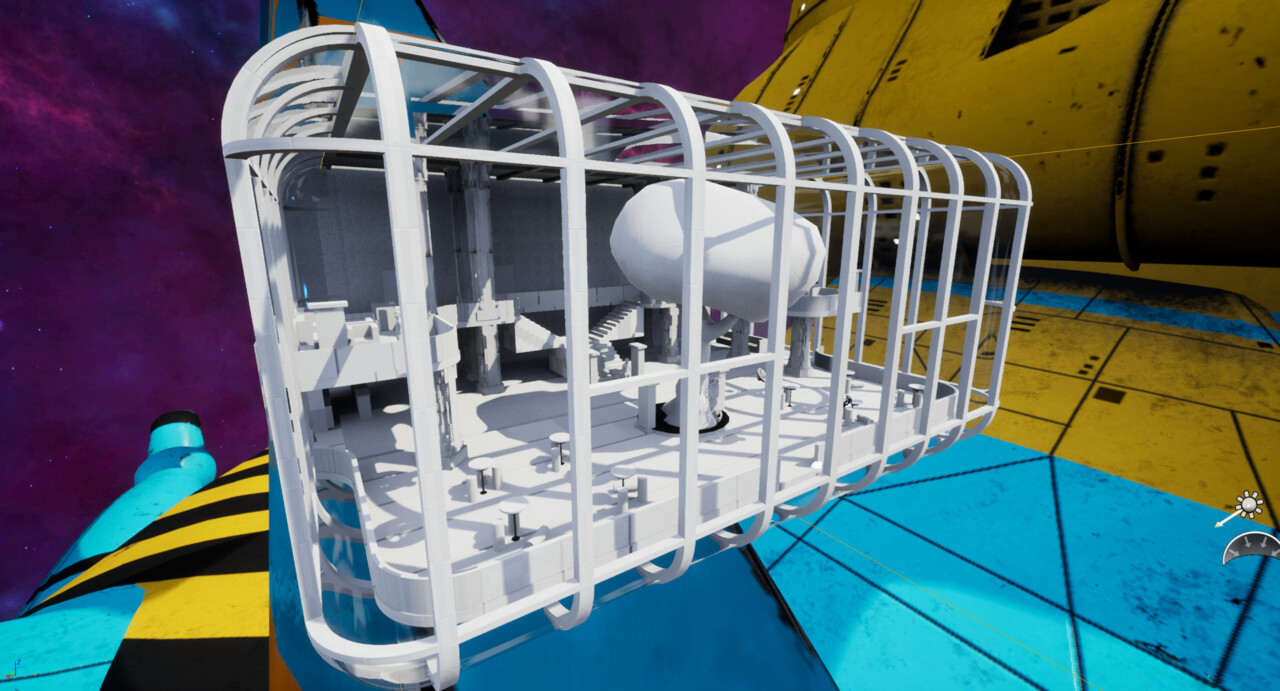 Additionally, I wanted to connect this to my previous spaceship based on Chris Foss's Guild Tug. This is the fancy lounge at the center of the ship and by placing it at the center of the ship it also helps to further emphasize the scale of the scene. I really enjoy working with large scale environments and feel they can convey a lot of emotion and space. Taking what is a small lounge but placing it into an even larger environment helps to solidify the enormity of the spaceship and the wealth of the people who would have built it. 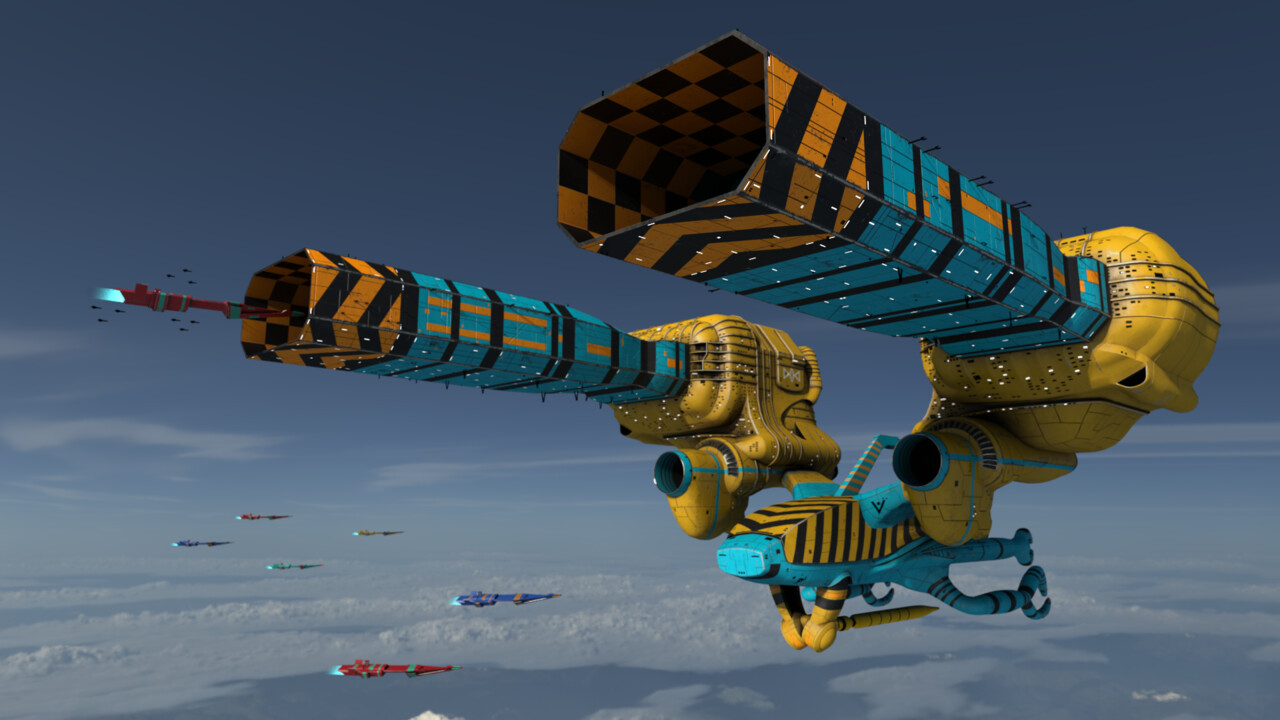 I will also be working on re-texturing the ship to more closely match the visual style of the interior once I have it more developed.

That is all I have to show thus far. I will be trying to post updates semi-regularly to show development over time. Next pass should include a lot more modeling work. Question, comments, and critiques are much appreciated.